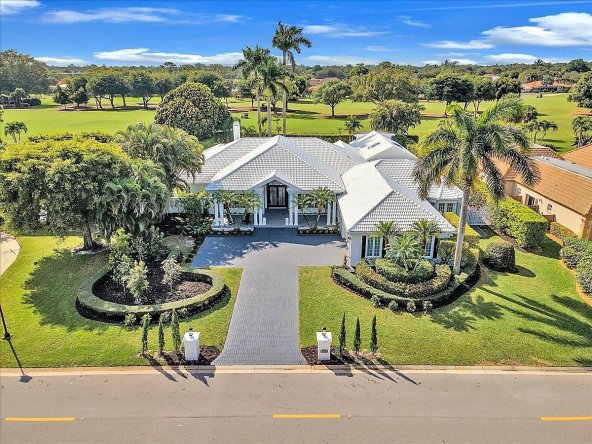 Glenbrook Manor villa for sale in Atlantis in Florida 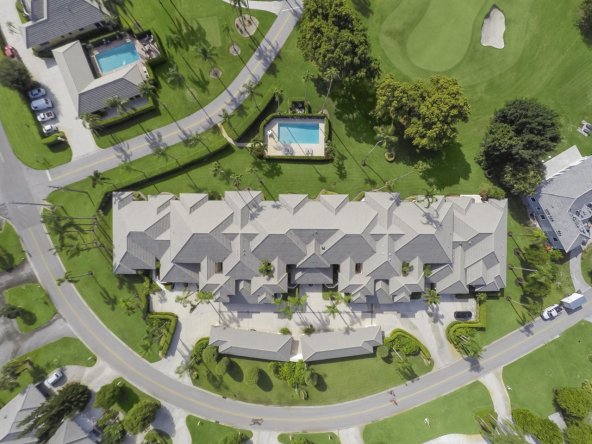 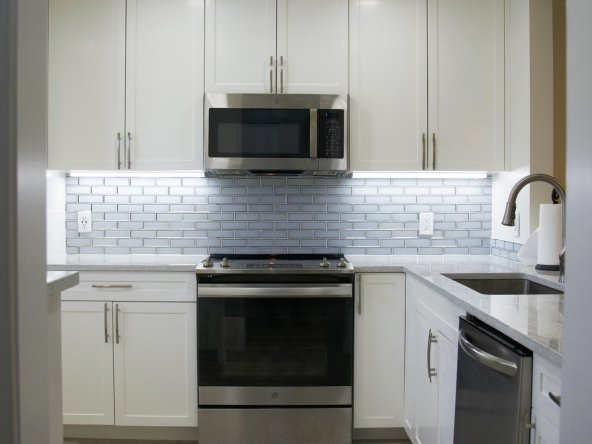 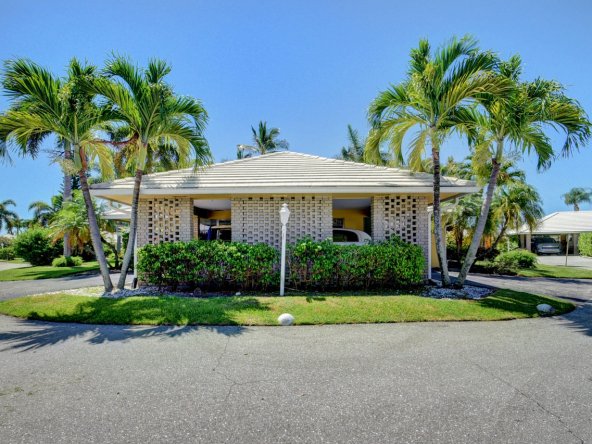 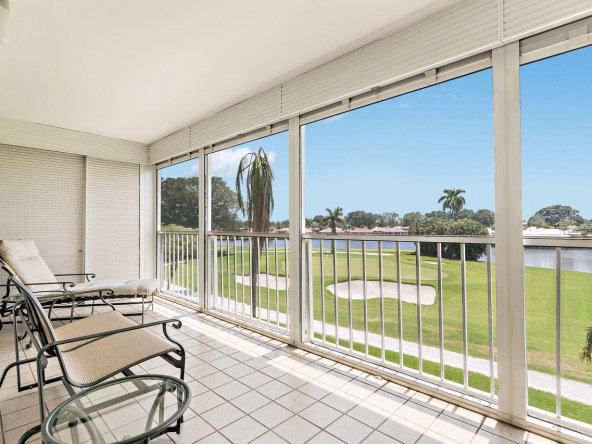 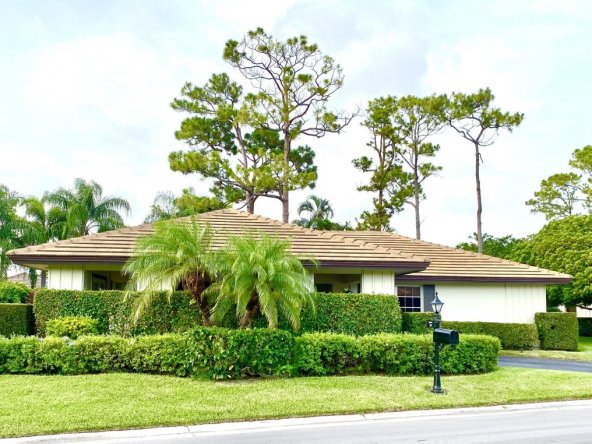 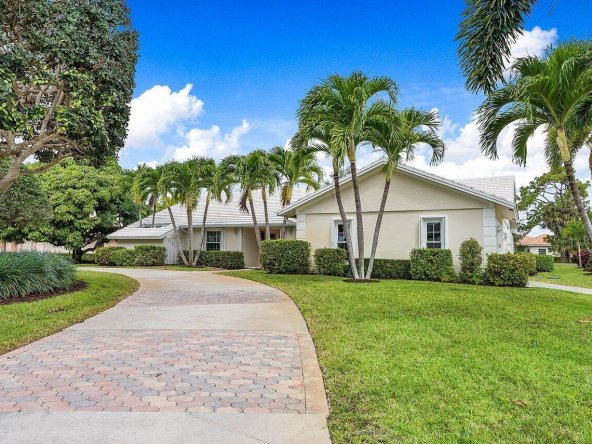 House in Atlantis for sale on Gleenbrook Drive

Property in Atlantis for sale

Atlantis property for sale in Florida. One of the most desirable areas to buy a house or luxury villa in south east of Florida. We sell houses, condos and commercial premises in Atlantis.
Atlantis in Florida is actually a large settlement, but is shown as a city on the maps of the region.
Atlantis has a population of just over 2,000 people. How was Atlantis born? In 1958, real estate investor Nathan Hunt and Paul Kintz purchased piece of land here from former Senator Philip Lewis. This place used to be called Mulbery Farms. Developers began to build an urbanization and golf estate of a closed nature. These were the first so-called gated golf community and country club communities in Florida. This is how Atlantis was born. See also golf in Florida and properties next to golf courses in Florida.

In addition to golf properties and residential estates, Atlantis hosts the JFK Medical Center in Atlantis, known from 2001 for its anthrax terrorist attacks. Atlantis also hosts the Palm Beach Park airport, mainly used by Florida private aircraft owners. If you are looking for a good location to buy a Florida home then Atlantis is surely and without a doubt a great place to own a nice Florida property.

Have you ever visited sunny Florida in USA? Or maybe you thought about it on rainy autumn evenings? Sunshine State, the sunny state as Florida is called, is eternal spring place. No wonder that such a name has been adopted, because the weather that prevails here for 350 days a year resembles spring or summer rather than autumn or winter. In winter, the temperatures here do not fall below 15 degrees Celsius, and often even reach 22 degrees Celsius, while in summer it does not rise above 35 degrees Celsius and often does not fall below 25 degrees. Even if it’s too warm for someone, it’s easy to get used to it quickly, it’s always better than snow removal and scraping of windows in the car in winter in Canada. How about a permanent move down to Florida?

If you thought about permanently moving to Florida, you probably initially considered a big city, known to you at least from the name, but sometimes it could scare you off in terms of property prices. Places such Miami or Fort Lauderdale. Probably, even if they did not scare you off in terms of price, they disturbed you a bit with their sheer size, the number of neighbors and residents. Do you prefer something more off the beaten track? Nothing is easier than to find a town on the outskirts of big cities or somewhere deeper in the Florida Peninsula.

One of such small towns is Atlantis in east coast of Florida. The town was founded in 1959 and it is one of the most beautiful towns in the area of Palm Beach county. It has few inhabitants, just under 3,000, which makes it uncrowded and peaceful place to live. Atlantis is a town located in Palm Beach County near Lake Osborne, less than 8 kilometers from the east coast of Florida and the town of Lantana near Lake Worth on the east coast.
It is less than 20 kilometers from the capital of the county, which means that being a bit off the beaten track, you can at the same time relax from the hustle and bustle of the city, and at the same time drive to it and enjoy the attractions of a big city or the wonderful infrastructure of the beaches on the Atlantic Ocean.

Atlantis an excellent investment in Florida

If you are moving with schoolchildren to southern Florida, you will not find a primary or secondary school in Atlantis itself, but the proximity to the neighboring, larger cities. That means that you can choose from a good and rich educational offer, both public and private. Less than two kilometers from the borders of Atlantis, you will find Starlight Cove Elementary School, Tradewinds Middle School, and Santaluces Community High, so it’s not a problem at all to send a kid to a good school.

Also you don’t have to worry about medical care in this asrea of Florida. At Atlantis, you will find the JFK Medical Center, which is not only a real medical center, but also a good school. The center itself, apart from the emergency department, offers cardiological, orthopedic, neurological and oncological care. Atlantis also offers something for relaxation and peace of mind, Atlantis Country Club, where you can not only have a coffee, tea or a drink, but also relax in a club with traditions dating back to the seventies. Delicious cuisine and interesting events in the club attract not only regulars, but also people from outside the city. In the club you can also organize a private party on the occasion of a wedding or other family occasion.

All this will be helped by the reception specialists, and you will be able to invite from 50 to 200 people. The club also organizes various events, such as the New Year’s Eve party that lasts until dawn every year. Another private club that you might be dealing with if you decide to visit or move to Atlantis is the Atlantis Golf Club. A golf club where you can not only play golf or learn to play golf on specially prepared golf courses located on over 2,000 square meters, but also spend time with friends during interesting events or eating delicious dishes of the local chef. Check out information about golf in Florida in the Activa Realty Florida guide.

If that’s not enough for you, the tables are offered by the good Atlantis Grill and Bar restaurant, offering its menu to every hungry resident at an affordable price. However, returning to the possibility of living in Atlantis in Florida, you should review the offers and property listings of real estate agencies in the area. Atlantis real estate deals can make more than one person dizzy. Here you will find cheaper properties with prices starting at around $ 180,000, for a small condo, sometimes suitable for renovation or refurbishment. Condo, you may ask? Condo it’s an American term for an apartment, as opposed to the word apartment which Americans use to denote an address, just like we do for the apartment number.

However, if you are interested in more expensive real estate and luxury Florida real estate, you will also find one and a half million dollars, residences ready to move in immediately, with several bedrooms and bathrooms, a private swimming pool and a huge, beautifully landscaped garden.

One of the amazing properties for sale in Atlantis is the spectacular villa from 2005. It’s a property with eight bedrooms, seven bathrooms, a huge kitchen and swimming pool, in addition, all of this on a total area of ​​over 2,000 square meters. The villa is in a classic colonial style, this is what we see when we close our eyes and think of a luxurious American mansion. All of this can be yours at a temporarily reduced price of $ 1.300,000. The price includes a furnished villa, with air conditioning and a spacious garage.

Another equally beautiful, though slightly smaller property, occupying just over 800 square meters, is a villa from 1962. Ready to move in, as it underwent a major renovation a few years ago and is currently in perfect condition. The villa is furnished, with swimming pool, balcony and terrace with great views, garage and more importantly in this weather with air conditioning. In addition to the large swimming pool, you will be able to use your private SPA.

It should be mentioned that the ceilings are made of cedar wood, the countertops in the kitchen are granite, and since we are at the kitchen, you will get a double oven, and the kitchen itself with an island in the middle, adapted not only for cooking enthusiasts, but also a real chef would also he was not ashamed of her.
Maybe its size is not overwhelming, as it has three bedrooms, a bathroom, a kitchen and a separate utility room, but it is a real family home. Anti-hurricane blinds, a new roof, a new fence have been installed recently, which completely separate your private yard at the back of the house. All of this could be yours for $ 989,000. True, with the prices of a luxury mansion, this may seem relatively low?

Recently, people are less willing to take out mortgage loans to buy a condo or a single family house, mainly due to the economic conditions. Property prices are slightly lower. They are bought mainly by Europeans and Asians from highly developed countries, mainly as an investment for the future. If you are going to take advantage of lower real estate prices, you do not care about the luxuries and glitz in expensive mansions and apartments in big cities such as Miami or Palm Beach, real estate a bit off the beaten track may turn out to be a bull’s eye in terms of investment in foreign real estate in the world.

Please enter your username or email address. You will receive a link to create a new password via email.